The nation’s overnight borrowing rate was less than two basis points above zero on Tuesday, down from the year’s high of 1.68 per cent in January. The one-month swap offer rate, the cost to borrow the city’s currency for dollar investors, fell below zero on Wednesday for the first time in almost nine years.

The plunge in money-market rates comes as the Monetary Authority of Singapore promised to provide sufficient liquidity in the financial system to cope with a virus-induced crunch. As the MAS doesn’t set rates, but instead manages the currency against major trading partners as a policy tool, the city-state’s borrowing costs tend to track US benchmarks.

“The rates effect is a possible by-product of MAS operations meant to ensure sufficient” liquidity, said Vishnu Varathan, head of economics and strategy at Mizuho Bank in Singapore. But, it’s “certainly not an intent,” he said.

The one-month swap rate dropped to minus 0.01141 per cent on Wednesday, the lowest since August 2011. The gauge, computed from the benchmark dollar interbank rate and Singapore dollar forwards, also reflects expectations for the Asian nation’s currency and its liquidity.

The city state has forecast that the economy could contract by as much as 4 per cent this year due to the coronavirus outbreak. In March, the MAS lowered the midpoint of the currency band and reduced the slope to zero, seeking no appreciation in the exchange rate. A month later, it eased capital requirements to give banks more room to bolster lending.

“If Singapore dollar liquidity becomes too flush, relative to the US dollar, the financial sector may be willing to swap Singapore dollars for US dollars at very low Singapore dollar interest rates,” strategists at DBS Bank, including Eugene Leow, wrote in a research note. “This appears to be the case now.” 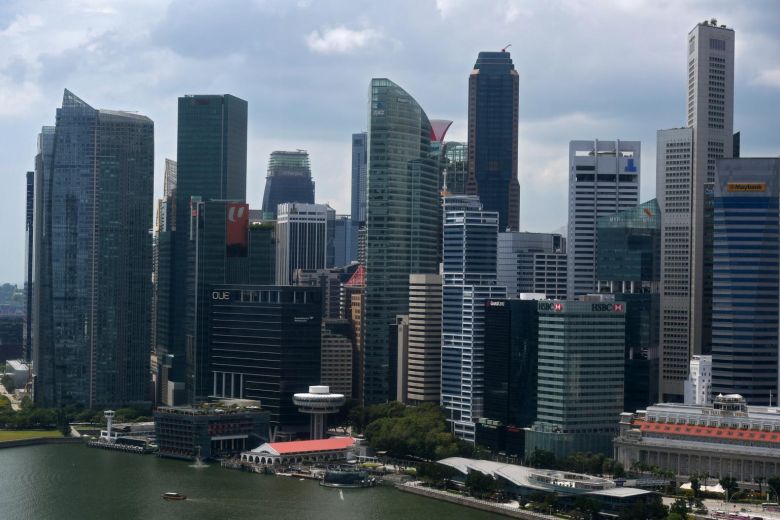