Shell is seeking to sell its minority stake in a liquefied natural gas (LNG) project in Indonesia, hoping to get US$1 billion for its 35-percent interest in the US$15-billion project, Reuters reported on Friday, quoting banking and industry sources.

Shell said earlier this year that it had completed its US$30-billion divestment program, launched in 2016 to help fund the acquisition of BG Group in 2015.

LNG is a core business for Shell, which is the world’s top trader of the super-chilled fuel. LNG was a key contributor to Shell’s better-than-expected Q1 2019 results, and its chief financial officer Jessica Uhl said just yesterday on the Q1 earnings call that “overall we’re pleased with our portfolio” as regards LNG and “We’ve got Indonesia, Tanzania, further opportunities in Australia as well.”

Yet, the project in Indonesia, the Abadi LNG Project, has already been delayed by at least two years and the government of Indonesia has instructed the project developers to change their initial proposal for a floating LNG platform to onshore LNG development.

Japan’s Inpex Corporation is the operator and the majority holder with a 65-percent stake in the project, while Shell owns the other 35 percent.

Shell’s potential exit from Indonesia would be another sign that the government of one of the largest economies in South East Asia is struggling to keep energy investments while changing regulations.

As early as in March 2016, the Indonesian energy regulator said that Inpex would be delaying the final investment decision on the project until 2020, meaning that the project would not come online until 2026 at the very least.

In March last year, Inpex said that it was about to begin pre-FEED work for the project and will draft a detailed revised plan of development after the authorities instructed the company in 2016 to change its plans from floating LNG platform to onshore LNG development.

The head of Indonesia’s oil and gas task force SKK Migas, Dwi Soetjipto, said last month that Indonesia is yet to approve the revised plan and that authorities and the operators have not yet agreed how much the project would cost, according to Reuters. 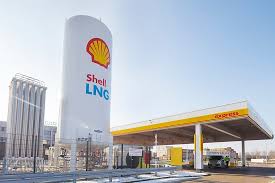