LONDON (Bloomberg) — Saudi Arabia’s energy minister emerged from days of heated OPEC talks joking that he wasn’t an easy man to be friends with.

Yet, the deal Khalid Al-Falih hammered out to reduce production by 1.2 MMbopd, which sent oil prices soaring on Friday, was based on Saudi Arabia shouldering the lion’s share of the cuts. It also relied, to an unprecedented extent, on Russia to broker an agreement between the Saudis and their arch-rivals, Iran, and acknowledged implicitly that there’s little the kingdom could do to hurt surging U.S. oil shale without causing itself pain.

The outcome of the marathon talks in Vienna shows how OPEC was able to pull off a juggling act. Al-Falih’s dilemma: cut production and anger President Donald Trump, or let oil prices plunge and risk damage to a Saudi budget that requires oil prices above $70/bbl in 2019.

“Low prices are actually not good for the U.S. economy,’’ Al-Falih said, a riposte to Trump’s repeated calls for OPEC to open the taps. “I know for a fact that oil and gas producers in the U.S. are probably breathing a sigh of relief that we’re providing some certainty and visibility for 2019.’’
Trump’s Tweet

On Twitter Wednesday, Trump urged OPEC not to restrict oil flows, but since then has not publicly addressed the market.

For Al-Falih, the willingness to cut production represented a shift. In a speech last year in Houston, he insisted that his country would not surrender market share to the U.S. The kingdom, he said, supported intervening in the market to address “short-term aberrations’’ and not “long-term structural imbalances.’’

As Al-Falih is surely aware, the U.S. this month briefly became a net exporter of oil for the first time in seven decades, with August production rising at the fastest rate in a century.

On Friday, though, the Saudi energy minister insisted OPEC could tolerate shale-oil growth.

Trump “wants the oil and gas industry in the U.S. to grow,’’ Al-Falih said. “We have no problem with that. Hopefully, we can grow together, not one at the expense of the other.’’

Implicit in the Saudi minister’s words was an assumption that this week’s production cut may be temporary. Soon enough, the market will need both the U.S. shale industry and Saudi Arabia to increase production to offset falling output from Iran, due to economic sanctions, and Venezuela, because of political turmoil.

U.S. waivers allowing eight countries to continue purchases of Iranian oil expire at the start of May. Not coincidentally, OPEC and its allies agreed to meet again in April to review this week’s deal — several months earlier than usual.

Over a crucial week of negotiations, the U.S. loomed large. Russia loomed even larger.

For weeks, the market had been sliding amid talk Saudi Crown Prince Mohammed bin Salman might not be able to defy Trump’s desire for lower oil prices. Amid worldwide pressure over the Oct. 2 killing of Jamal Khashoggi in the Saudi consulate in Istanbul, it seemed that MBS needed the support of the White House too much.

But it was clear the Saudis did want cuts, though Al-Falih warned on Tuesday that it was “premature’’ to talk about them.

“The next road to cross is whether all countries are willing to come on board and contribute to that cut,’’ he told Bloomberg in his only media interview during the week.

On Wednesday morning, things got even more complicated. Brian Hook, an American diplomat handling Iran sanctions, was spotted by reporters leaving the Hyatt Hotel in Vienna, where he’d had breakfast with Al-Falih. The Iranian delegation fumed. Hook, after all, is the person in charge of the waivers that Washington has granted to a handful of Asian buyers of Iranian crude.

The meeting was so diplomatically explosive that the Saudi Energy Ministry, at first, denied it happened. A few hours later, Al-Falih was forced to come clean.

“We discussed how the energy market is evolving and the availability of supply in the event that waivers are not renewed,’’ Al-Falih told reporters.

A day later, at OPEC headquarters, heated words were exchanged between Bijan Zanganeh, Iran’s oil minister, and Al-Falih, according to people familiar with what happened. Iran insisted it should be exempt from the reduction deal. After a full day of meetings, Zanganeh and Al-Falih failed to reach agreement.

Al-Falih said he was “not confident’’ the cartel would agree on a deal. The OPEC meeting appeared on the brink of collapse.

The oil market plunged. On the second day of talks, it fell to Alexander Novak, the poker-faced Russian energy minister, to help break the impasse. He met separately with Al-Falih and Zanganeh — an unprecedented demonstration of Russia’s newfound role at OPEC despite not being a member.

With Novak’s help, OPEC was able to reach a solution. Iran would get its exemption, but it wouldn’t be mentioned in OPEC’s written communique. The ploy allowed everyone to sell the deal at home as a victory.

It was not the only fudge. Libya and Venezuela would also be exempt from the cut, while Russia’s contribution — which Novak said was about 230,000 bopd would be implemented gradually.

Another hedge: The headline number would be based on October production. Output from some countries, such as Iraq, has already fallen since then, meaning that in reality they may not need to reduce further. On the other hand, Saudi Arabia’s output in November was significantly higher than in October.

That means Saudi Arabia will cut more than any other country. Al-Falih said the kingdom would downshift to about 10.2 MMbopd in January, down 900,000 bpd from November. That’s equivalent to the entire production of a medium-sized OPEC country like Libya.

Novak, the Russian minister, made a point of thanking Saudi Arabia for “taking a bigger burden than its share to balance the market.’’

Al-Falih and his OPEC colleagues claimed victory on Friday. In a skeptical landscape, they agreed to continue their cooperation and succeeded in delivering an oil-price rally. 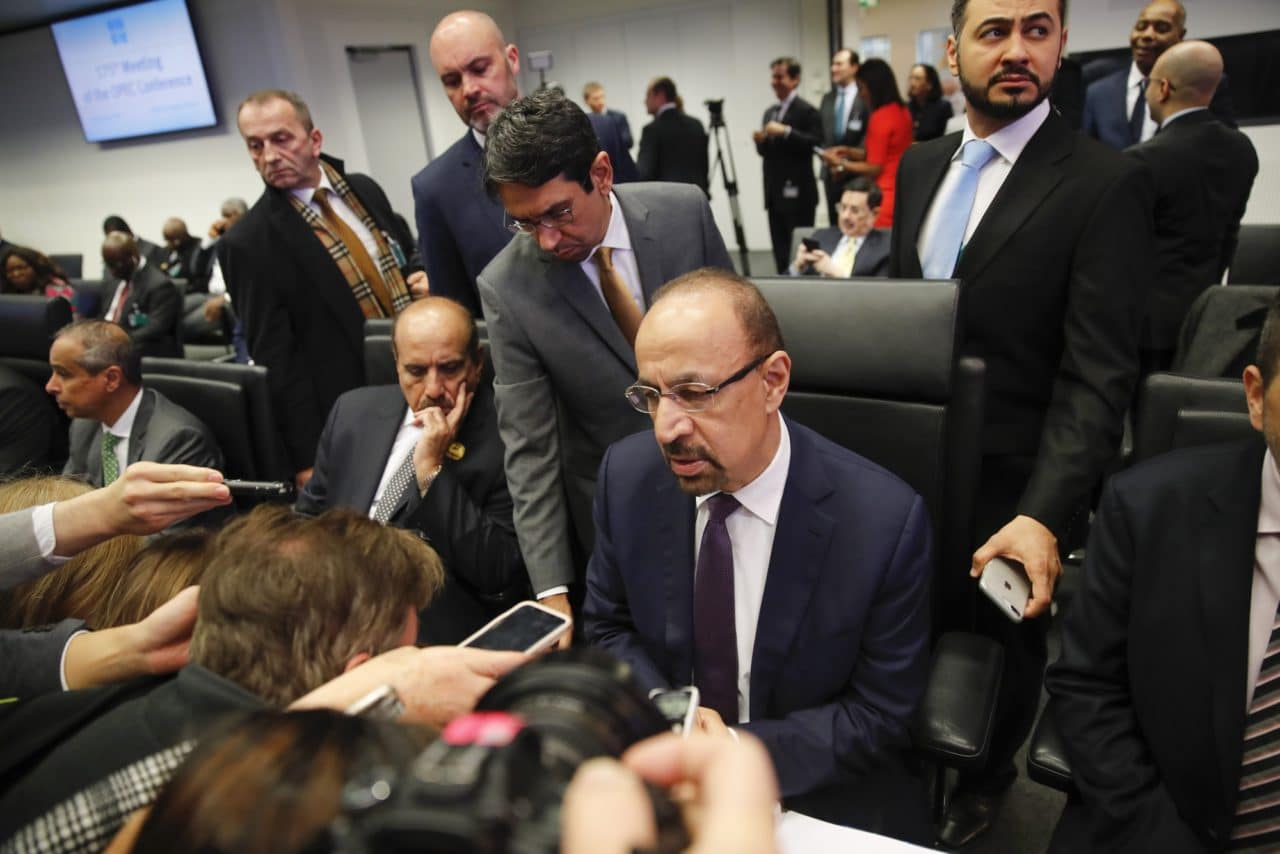