SINGAPORE (Bloomberg) – Oil extended declines after swelling U.S. crude stockpiles and a surge in coronavirus cases across the nation raised concerns about demand in the world’s largest economy.

Futures in New York slipped 0.6% to below $38 a barrel, after the biggest fall in almost two weeks on Wednesday. New infections reached daily records in Florida, California and Texas, where the governor said a “massive outbreak” is sweeping the state. U.S. gasoline futures tumbled the most in two months amid fears that lockdowns may need to be re-imposed.

A dose of pessimism has returned to the oil market in recent days, after a run of gains that dragged prices higher from the depths of the Covid-19 crisis in April and early May. Activity at Indian refineries hasn’t returned to full capacity as demand in many parts of Asia fail to replicate China’s bounce-back. Brent’s prompt timespread has dropped back into contango, a structure that suggests oversupply.

The global economy is struggling to shake off the coronavirus, with the International Monetary Fund on Wednesday predicting a significantly deeper recession than it anticipated two months ago. American crude inventories have also risen for three straight week. These are making the job much tougher for OPEC and its partners as they push ahead with their record production cuts in an attempt to repair the market.

“If the economy doesn’t pick up, that will become a drag on crude oil demand just when OPEC+ has to make a decision about what to do next,” said Ole Hansen, head of commodities strategy at Saxo Bank. There’s a risk of a deeper correction for oil “if cracks should appear in the OPEC+ resolve to keep barrels off the market.”

Texas on Wednesday posted its worst day so far for new cases. New York, New Jersey and Connecticut set quarantines for incoming travelers from hot zones in the U.S., while North Carolina froze its reopening for three weeks. The pandemic is now predicted to kill 180,000 Americans by October.

There will also be added selling pressure on oil from ProShares’s $1.4 billion oil exchange-traded fund, known as UCO. The fund plans to sell out of its September WTI holdings, which account for about 10% of the outstanding contracts, between now and July 1. 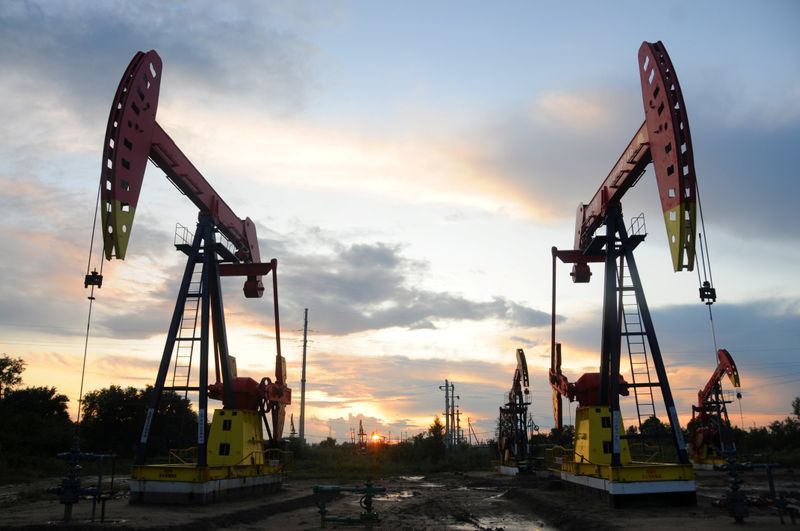