Houston — Fourth quarter oil and gas sector activity jumped, energy executives said in the survey of the Federal Reserve Bank of Dallas released Dec. 30, while about half of those surveyed said they expect spending to improve in 2021 compared to the current year.

Moreover, the quarterly survey of 146 upstream oil and gas producers and oil service providers found that the WTI price the executives would use to plan their 2021 capital budgets was $44/b on average, less than the $50/b that E&P chiefs have used as a base planning figure in recent years.

“Six-month outlooks improved notably … a stark recovery from the significantly negative readings in first and second quarter 2020,” when the coronavirus pandemic loomed large and created widespread uncertainty over demand and the trajectory of oil prices, the Dallas Fed said.

“Additionally, firms noted less uncertainty around their outlook this quarter than last,” with the Fed’s uncertainty index reaching the lowest reading since its inception in early 2017.

Even independently of the Fed’s survey, oil and gas activity pickup for the fourth quarter can be seen in the US rig count.

In early October, 323 rigs were working in domestic oil plays, which rose to 413 for the week ended Dec. 23, up about 28% year to date. This is still down substantially from the 838 rigs active in early March, but up nearly 50% from the early-July low of 279.

The pandemic forced upstream producers to slash spending, drilling activity and even for a limited time, production, although most of that had returned by midyear. Since then, drilling has picked up so that operators can close gaps in their 2020 output profiles and meet year-end production targets.

Fully 35% of respondents to the Fed survey expected 2021 spending to improve slightly, while an additional 14% expected a significant increase and 23% expect spending to remain near 2020 levels next year.

Of the remaining 28%, about half those polled expect their company’s spending to decrease slightly, and the other half project spending will decrease significantly.

Investment bank Evercore ISI pegged global E&P capex in 2021 to increase by 6.8%, making next year the first “coordinated” upturn since 2018, it said in its annual global E&P spending outlook earlier this month. The increase includes 5.1% growth expected in North America, with international spending poised to jump 7.2%.

On average, Fed survey respondents anticipated an average WTI oil price of $50/b by year-end 2021, with a range cited of $35/b-$70/b. For natural gas, survey respondents expect Henry Hub prices to average $2.76/MMBtu for the same period.

One oil and gas executive noted that a capital budget based on $45/b actually requires higher prices than that if service costs rise, which they often do with increasing upstream activity.

The fourth quarter saw a rash of corporate merger announcements, including a move by ConocoPhillips to buy Concho Resources, Pioneer Natural Resources to acquire Parsley Energy, Devon Energy to buy WPX Energy (technically announced in late September) on top of Chevron closing its purchase in October of Noble Energy.

In Canada, Cenovus Energy said it would buy Husky Energy.

And while a growing number of upstream companies have touted their commitment to climate change initiatives and zero-emissions goals, more than half the providers of oil and gas support services (55%) do not expect any revenues from alternative energy services by year-end 2025. Another 36% expect no more than 20% from such services.

“In my opinion, ‘green energy’ is being overhyped,” an unnamed upstream executive said. “I anticipate a lot of ‘pushback’ from special interest groups against the future use of substantial areas of land being used for solar and wind generation.”

The same executive voiced expectations of oil production from shale to decrease to around 7 million b/d, from about 7.5 million currently, as crude output in the Gulf of Mexico also gradually decreases from its current level near 2 million b/d.

“These decreases should offset the return of Iran and Libyan oil to the markets,” the respondent said. “Continued good Asian oil demand will support prices. All these factors should allow oil prices in the low $50s/b in 2021.” 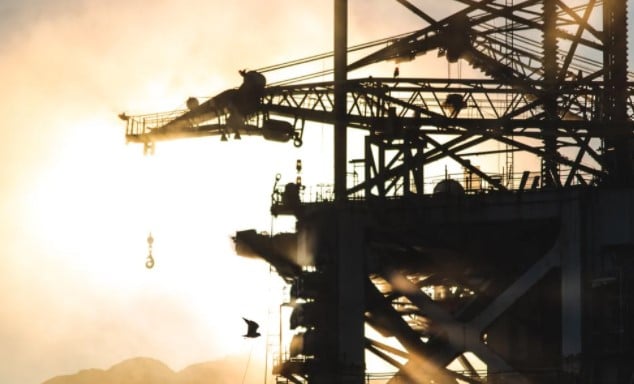