SINGAPORE: There is a tongue-in-cheek joke that the coronavirus did far more for digital transformation than any company’s most well-intentioned Chief Innovation Officer (CIO) or Chief Technology Officer (CTO).

Because of COVID-19 we saw mass adoption in telecommuting, increases in on-demand food and services and a spike in virtual platforms like Google’s Hangout and Microsoft’s Teams and while Netflix added 15.8 million subscribers from January to March alone as the pandemic-linked lockdowns forced people to stay at home.

Slack added over 9000 new users in the first months of the pandemic and Zoom shares rose 112 per cent.

Schools of all levels utilised video-conferencing programmes and e-learning while grandparents jumped onto mobile-based payment platforms like PayNow to minimise physical contact with cash-based payment.

The local banking scene also made strides with the awarding of four local digital banking licenses.

PUTTING A FACE TO IT

The message is clear: Singapore is ready to take banking to the next digital level. But, is everyone, really?

According to a Google survey in March, as little as 20 per cent of adults in Singapore have an account with a digital-only bank with this level expected to increase to one-third of the adult population by 2025.

For one, there is changing the mindsets of the silver generation. There are those in this segment of the population who still find going to an ATM to withdraw cash an experience they can do without.

“I don’t like the ATM, I prefer to go to the branch to withdraw money. It makes me feel safer,” opines 60-year old Narinder Kaur.

She’s hardly the norm for sure, but she’s not alone in her general apprehension of all things digital. A point that deserves serious consideration, given a mushrooming population and longer lifespans due to medical advancement.

Madam Kaur’s apprehension could be due to two factors – security and the personal touch.

Many of her age are more comfortable interacting with a human face, with whom they can make small talk and exchange pleasantries, rather than not knowing who they are dealing with behind the faceless digital wall.

Find a person who has transacted online and you’d have found a person with a liturgy of horror stories on the banes of seeking recourse via a faceless channel.

At best, you get through to a call centre and after pressing a million buttons may be given the chance to speak with a human operator that, these days, may not necessarily even be located in country.

A study by Edinburgh’s Heriot- Watt University reveals another concern seniors may have: The elderly, especially, are fearful of banking digitally since they generally have a “lower confidence in their own cognitive capabilities, often acting as a self-fulfilling prophesy when adopting new technologies”.

Unsurprisingly, they are thus often at the receiving end of digital scam attacks and are warned repeatedly not to reveal any sort of personal information online.

Media reports show over S$82 million was lost to mainly digital related scams in the first half of this year, the bulk of which are e-commerce and banking related.

Globally, digital scams saw an uptake of over 200 per cent this year, with most common ones using relatively low-tech methods like emails, exploiting human trust in a year when the world was forced to re-imagine human interactions and relationships.

Statistics like this may build the perception that the more “digital” banks become, the more avenues for potential points of attack from cyber-crooks.

But the many movie plots and international news will also remind us that your money is not completely safe in physical banks either – ranging from credit collapses to robberies and from liquidity runs to fraud.

A LONG AND TRUSTED RELATIONSHIP

But there’s also that issue of familiarity. In the credit card industry for example, banks race to issue someone their first credit card. There is a certain inexplicable bond you forge with your first; most of us might still carry it around even if we barely spend on it.

Indeed, I had lunch with a friend who proudly showed me his Law Society credit card, circa 1992.

The same with banks. With every newborn already attached to a bank account vis-à-vis the Child Development Account and banks already tied up with many institutes of higher learning to be that Top-of-Wallet card, it feels slightly extraneous to expect that even these segments would migrate to a branchless-online only bank.

That first-mover advantage and longer track-record may also prove beneficial during period of economic uncertainty – such as what has been brought about by the pandemic.

“Part of the fintech challenge is that in times of uncertainty and stress, traditional banks are seen as a safe haven. This partly reflects a flight to safety, as people hew closer to institutions with long track records that they judge more likely to survive an economic downturn,” says Alan McIntyre, senior managing director and head of the global banking practice at Accenture in a Forbes article.

So the challenge for today’s digital-only banks is not only to on-board new customers and convince people to move away from face-to-face banking for their transactions, but also to fend off competition from traditional banks that have digitalised their offerings.

Already, between June and August, customer sign-ups for the DBS digibank mobile app rose by 216 per cent year-on-year, as the bank hit a record of 3.5 million digital banking customers.

DIGITAL BANKS WILL CO-EXIST NOT REPLACE

Nevertheless, there is a place for digital banks in the country.

For example, the people who work in the gig-economy like food delivery drivers who may have erratic income, small businesses and mum-and-pop outfits like small hawker stalls who have a fairly unstructured business set-ups or are new to the scene and have no track-record against which they can take a favourable loan.

Digital Banks may have the flexibility to use other matrices to ascertain credit worthiness, like a café’s online food orders or even the promptness with which individuals pay their telco bills.

Online-only digital banks can afford to offer lower fees and higher interest rates. Unlike its more traditional counterpart, it has far less overheads to contend with: No branch rentals and ATMs to service.

It may even waive the need for an account minimum which would greatly benefit the most vulnerable members of our society. If you only have a S$100 in your account, even a S$5 monthly fee cuts deep.

For all practical reasons, though, for most vulnerable sectors of society, they transact mainly in cash.

So even if they were given a digital bank account, it would still need to be linked to a traditional bank account given the Monetary Authority of Singapore has already stated that digital banks in Singapore will not be granted access to the ATM or cash deposit machine network.

So, in the short to mid-term, we may see a more hybrid model of banking gain scale in Singapore – as more aggressive marketing and awareness campaigns kick-in on the benefits of digital banking, the uninitiated may take that first step.

But they may do so with some trepidation and therefore still go digital with the traditional banks they trust and have had a relationship with.

Banks such as DBS and OCBC recognise this and will leverage on their digital offerings to supplement their traditional services to cater to that group who still crave face-to-face banking services.

“While the majority of our financial transactions have moved to highly efficient digital means, digital has also been core for us to enable our staff to provide very personal and expert services with human empathy and understanding,” says Desmond Tan, Managing director, Group Lifestyle Financing at OCBC.

“We are a digital bank with a very strong human heart.”

It’d take far more for us, I think, to be willing to give up that safety net of being able to march down to a branch and to get things fixed post haste, despite one’s disdain for the concept. 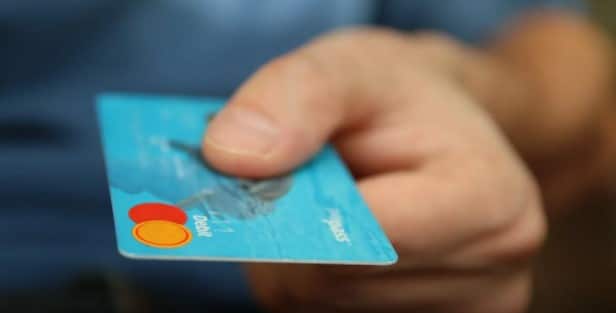