KUALA LUMPUR – Malaysia is seeking to rescue its ailing oil and gas ecosystem with an ambitious 10-year plan after fuel prices were battered last year by the Covid-19 pandemic.

The National Oil & Gas Services and Equipment (OGSE) Industry Blueprint 2021-2030 comes after nearly two-thirds of over 4,000 vendors fell off the radar, victims of a “double whammy”.

Demand for energy and transportation tanked during the pandemic and this came on top of the rout in oil markets between 2014 and 2016.

State oil giant Petronas was forced to slash a third of its initial RM50 billion (S$16.2 billion) capital expenditure budget for 2020, most of which was dedicated to the domestic market. Last year, crude oil prices averaged about US$40 per barrel, down from over US$60 the year before.

Local OGSE players’ reliance on Petronas – a key problem the blueprint will try to address – meant that over 700 companies went dormant last year, leaving just 1,563 players in the field.

Oil and gas have been a crucial plank of both the Malaysian economy and government revenue, making up to a fifth of the country’s pre-Covid-19 gross domestic product. The supporting OGSE sector, which accounted for nearly half of that contribution, has lagged in adopting new technologies and inefficient businesses suffered during last year’s crash.

“It is hoped that this blueprint will result in them scaling up the operations. We want them to go overseas as well. By merging with each other… they can do more research and development… You need to be on the ball in terms of the latest technology,” Economic Planning Minister Mustapa Mohamed told reporters after Tuesday’s (April 27) launch.

Malaysia’s OGSE sector generates about US$16.4 billion (S$21.7 billion) in revenue annually, with less than a third coming from exports.

This compares unfavourably with Norway – which Malaysian Petroleum Resources Corporation (MPRC), the lead agency tasked with developing the OGSE landscape, calls the “gold standard” – as well as the United Kingdom.

Both countries in Europe reap over US$35 billion a year from a less fragmented industry of just 1,200 firms each. Norway’s OGSE sector also filed 960 patents in the last five years, and the UK had 381, compared with a paltry 36 for Malaysia.

Among the blueprint’s targets are to see the OGSE sector contribute up to RM50 billion to Malaysia’s GDP by the end of the decade, up from RM21 billion last year, and provide 60,000 highly-skilled jobs, 1,000 more than the existing largely semi-skilled workforce. In line with long-term plans for Petronas to increasingly expand its footprint internationally, OGSE players will also be expected to derive half of their revenue overseas, similar to their Norwegian counterparts currently.

Another crucial push will be to diversify revenue streams, with a quarter of billings by 2030 to come from outside oil and gas. MPRC chief executive Yazid Ja’afar pointed to “adjacent” industries such as renewable energy, where public-listed Eversendai Corp has bagged several offshore wind deals.

“We are encouraging the industry to explore the ESG (environmental, social and governance) element,” Mr Yazid told a press conference. “Once you comply with the requirements, you will open up a whole world of US$59 trillion (of investment funds) by 2025.” 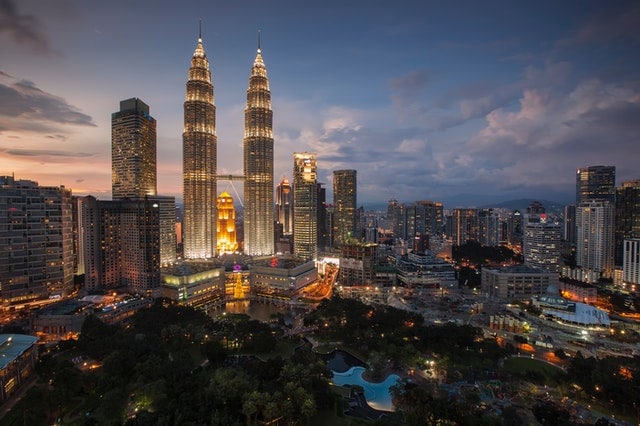