Looking ahead to the next 12 months, Wood Mackenzie foresees a mixed mood in the global liquefied natural gas (LNG) market. In an emailed statement to Rigzone, the consultancy observed that the LNG market in 2019 will feature a return of “big LNG buyers” and “a record year for supply” based on growth in production and capital spending decisions for new projects.

Amid such a backdrop, Wood Mackenzie Research Director Giles Farrer offered a glimpse of major LNG market drivers for 2019. Below are five trends to watch.

“Asian LNG demand growth will not keep pace with LNG supply and Europe, northwest Europe in particular, will have to absorb the surplus, especially during the summer,” stated Farrer.

Farrer added, however, that Europe’s increased dependence on “maxed-out Russian and Norwegian imports” mean that the region needs additional imports and flexibility. Also, he contends that an expected LNG oversupply situation may be less ominous than some expect.

“While there will be more LNG imports than required, providing competition to pipe imports and putting pressure on prices, we think this will unlikely bring the level of oversupply that some fear,” said Farrer.

Still, assuming normal weather patterns, Wood Mackenzie anticipates that LNG prices will be down for 2019 compared to the previous year. On a title transfer facility (TTF) basis, the consultancy forecasts an average price of US$6.90 per million British thermal units (MMBtu) for 2019 compared to US$8 per MMBtu in 2018. In addition, it projects an average Asian spot price of US$8.50 per MMBtu (versus US$10.30 per MMBtu).

“But weather is something we will watch closely in Q1 2019,” cautioned Farrer. “(A) mild end to winter could send more LNG into Europe and drive prices down further.”

The global LNG market is rebalancing, but 2019 will be “a record year” in terms of LNG project sanctions, said Farrer. He noted that more than 60 million metric tonnes per annum (mmtpa) of new capacity will likely hit the final investment decision (FID) stage. That FID figure is “well above the previous 45 mmtpa sanctioned in 2005 and a tripling of the 21 mmtpa sanctioned in 2018,” he added.

“Frontrunners in the race to hit FID include the US$27 billion Arctic LNG-2 in Russia, at least one project in Mozambique and three in the U.S.,” said Farrer. “Our picks in the U.S. are Golden Pass, Calcasieu Pass and Sabine Pass Train 6.”

Farrer noted that the small Woodfibre project in the Canadian province of British Columbia may be sanctioned this year as well.

“Other projects in the U.S., Qatar, Papua New Guinea, Australia and Nigeria are targeting FID in 2019, too, providing upside to our already bullish view,” Farrer added.

The global economy has been growing for the past eight years, but economic prognosticators anticipate a downturn, noted Farrer. It “is simply a matter of when and how deep,” he said.

Farrer pointed out that a recession would curb demand for gas and LNG, lower oil prices, delay FIDs and “push the global LNG market back a few years.” However, he cautioned that an even less desirable scenario could materialize for the gas market: a “major economic downturn” in 2020 or 2021, right after anywhere from 60 to 100 mmtpa of LNG capacity has taken FID.

“That would wipe out our forecast price recovery post-2020 and make our forecast that prices soften a little around 2025 look a lot worse,” said Farrer.

Growth in gas demand has received some “headroom” stemming from coal-to-gas switching in China and recent coal power retrials in Europe, said Farrer. Also, he cited the following as further evidence of a backlash against coal:

“Wood Mackenzie already forecast declining coal usage in these countries,” said Farrer. “But the scale of what is at stake in those decisions could well exceed our assumptions.”

Farrer also pointed out that a series of new gas policies that China implemented in 2018 aim to relieve supply tightness and import dependency.

“In 2019 there will be more clarity on the level of ambition of Chinese domestic supply growth and the ramp-up of Power of Siberia,” Farrer said, referring to the Gazprom pipeline project that will link gas supplies from Russia’s Far East to China. 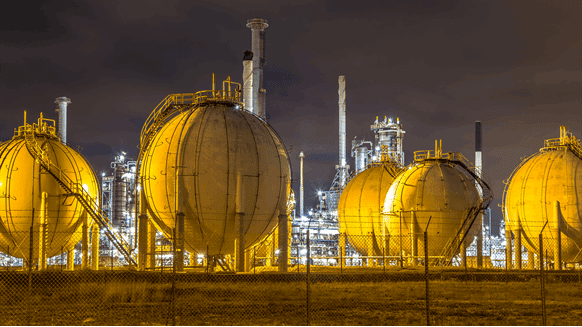