Iran’s oil industry has been falling behind because of the U.S. sanctions, but Tehran will resist, Iranian media quoted Oil Minister Bijan Zanganeh as saying on Tuesday.

“The conditions in Iran are in a way that once every few years the oil industry receives a deadly blow and the economic sanctions can be considered one of those,” Zanganeh said, as carried by the semi-official Mehr news agency.

“This has caused Iran’s oil industry to fall behind from the international position and space but we will resist in this area,” Zanganeh added, according to the agency.

The U.S. sanctions on Iran’s oil industry and exports have significantly cut Iranian oil exports, as the United States ended in May all waivers for all of Iran’s oil buyers and is going after anyone dealing with Iranian oil.

Iran continues to export oil, especially to China, but it has drastically increased the secrecy of how it ships that oil abroad and says that it is using every means possible to export its crude.

This weekend, Zanganeh said, as carried by Iranian media: “We will use every possible way to export our oil and we will not succumb to America’s pressure because exporting oil is Iran’s legitimate right.”

Also this weekend, Iran said that the China National Petroleum Corporation (CNPC) had withdrawn from the development of Phase 11 of the giant South Pars natural gas field, in a major blow for Iran’s oil and gas industry.

Last year, France’s Total had quit the project because of the U.S. sanctions, leaving CNPC the only foreign participant in South Pars 11.

With CNPC now also quitting, it will be Iran’s Petropars that will develop the project alone, Zanganeh said.

Commenting on the withdrawal of Total and CNPC, Zanganeh said: “They did so in a friendly manner and we did not have disputes with them in this regard. The sanctions created an atmosphere in which they could not and did not want to stay in the contract.” 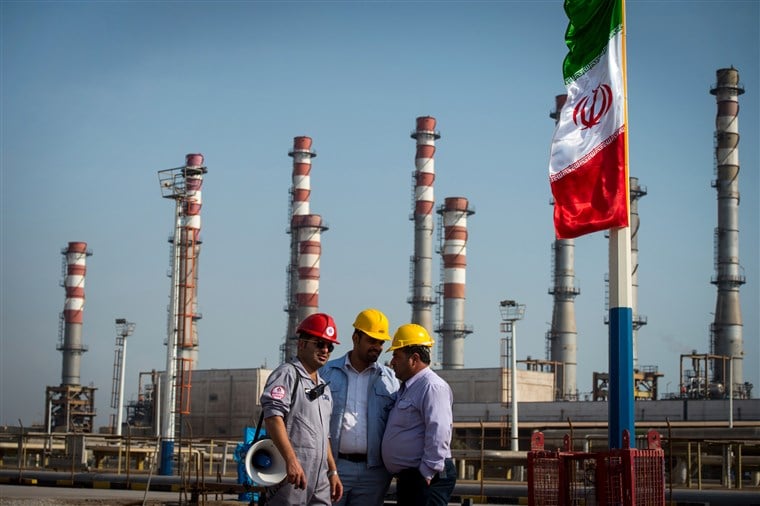