The pandemic is this year’s big unknown for the global oil markets and the global economy. The oil market is unlikely to be completely out of the woods in four months’ time when another unknown could upend the balance of crude oil supply that OPEC+ is desperately trying to achieve with record collective production cuts.

The U.S. presidential election in November could install a Joe Biden administration in the White House—an administration that will differ in its foreign policy approach from the Trump Administration and could opt for more negotiations and fewer sanctions on oil-producing countries such as Iran and Venezuela.

Iran, Venezuela, and Libya – the three OPEC members currently exempt from the production cuts – have seen their oil production and exports collapse in recent years because of the civil war in Libya and increasingly strict U.S. sanctions on Iranian and Venezuelan oil exports.

If Biden wins in November, he is more likely to pursue a negotiated transition in Venezuela and to revisit and renegotiate the Iran nuclear deal, potentially easing some sanctions in exchange for Tehran returning to compliance under some revised form of the Joint Comprehensive Plan of Action (JCPOA), Reuters market analyst John Kemp argues.

Polls currently give presumptive Democratic nominee Biden a lead over President Donald Trump. With more than three months to go to Election Day, however, the race is as wide open as it could be, considering the high uncertainty about the pandemic, the pace of the U.S. economic recovery after the lockdown, and the possibility of reinstated local lockdowns amid surging COVID-19 cases.

The Trump Administration has effectively stifled some 4 million barrels per day (bpd) of combined oil production in Iran and Venezuela over the past two years after the U.S. withdrew from the Iran nuclear deal in 2018 and after the Administration began imposing sanctions on Venezuela in early 2019. Additionally, the civil war in Libya is currently keeping around 1 million bpd off the market.

A precarious balance of oil supply and demand that OPEC+ expects to reach later this year when global oil demand is expected to pick up from the staggering crash in April could tip into oversupply again if Biden wins in November and begins negotiating a new nuclear deal with Iran next year.

Such a new deal could come with some sort of eased sanctions on Iran’s oil if Tehran proves it complies with a new agreement.

“The recent killing of Qasem Soleimani, the commander of Iran’s Quds Force, removed a dangerous actor but also raised the prospect of an ever-escalating cycle of violence in the region, and it has prompted Tehran to jettison the nuclear limits established under the nuclear deal,” Biden wrote in an essay in Foreign Affairs earlier this year.

“Tehran must return to strict compliance with the deal. If it does so, I would rejoin the agreement and use our renewed commitment to diplomacy to work with our allies to strengthen and extend it, while more effectively pushing back against Iran’s other destabilizing activities,” he said.

Most current assumptions about global oil supply in the medium term rest on the premise that Venezuela and Iran will continue to be under U.S. sanctions, unable to export large volumes of crude oil, for the foreseeable future.

If U.S. foreign policy changes after the election in November, the oil market may have to contend with more supply from Iran, and possibly Venezuela.

The possibility of Iranian and/or Venezuelan oil returning to the market will place further downward pressure on oil prices over the next two years, when global oil demand is expected to edge closer to the pre-coronavirus levels. 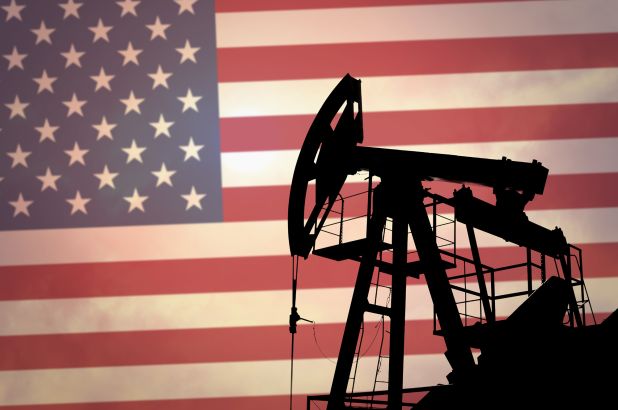