LONDON (Reuters) – Europe’s top oil and gas companies, which account for roughly 7% of global crude consumption, have committed themselves to greenhouse gas emission reduction targets which vary in scope, timelines and detail, making them hard for investors to compare.

And what does this mean, say, for the carbon footprint of a car driver at petrol station?

If we take BP as an example, emissions from its own barrels, from wellhead to passenger car exhaust, amount to around 415 million tonnes of carbon dioxide equivalent a year.

BP says it will reduce these emissions – roughly the same as Britain’s annual emissions – to net zero by 2050.

The net zero target does not cover crude and refined products that BP trades but which are initially brought out of the ground by other producers, a total which is much larger than the oil and gas BP produces itself. It says it aims to halve the carbon density of all energy that it trades by 2050.

BP’s peer Royal Dutch Shell, has also pledged to halve the carbon intensity of products it trades by 2050. An intensity-based target allows for absolute emissions to go up if volumes sold go up.

Equinor has also pledged to halve the intensity of the energy products it produces and sells by 2050, but its methodology is based on its equity oil and gas output, rather than every drop of fuel it sells.

Eni, conversely, committed to cut its absolute emissions from all products it sells by 80% and said its oil output would shrink from 2025.

All these targets depend at least partially on offsets, whose availability is finite, and carbon capture and storage, a technology not currently deployed at commercial scale.

Still, European oil and gas producers’ climate ambitions are way ahead of their U.S. peers ExxonMobil, Chevron and ConocoPhillips.

35% Increase In Oil And Gas Discoveries

Gasoline Prices To Spike This Summer in the U.S.

Rystad Energy: Over million oilfield jobs on the line due to oil price war and coronavirus 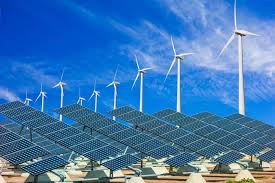