Factory activity in China expanded at a slower pace in May as the country attempts to get back on track after the coronavirus, official data showed on Sunday (May 31), with the global economic slump making the sector’s recovery difficult.

China’s factories have stirred back to life after the lifting of strict lockdown measures imposed when the deadly pathogen surfaced in the central city of Wuhan, but the spread of the virus worldwide has dragged down key foreign markets – weighing heavily on Chinese exports.

The Purchasing Managers’ Index (PMI), a key gauge of activity in China’s factories, was at 50.6 points in May, remaining above the 50-point mark separating growth from contraction each month.

But the figure was down slightly from 50.8 the month before, and 52.0 in March, according to the National Bureau of Statistics (NBS).

The “momentum of economic recovery is steady and improving”, Mr Zhao added, but there is weakness in some industries such as textiles and apparel.

Non-manufacturing PMI was at 53.6 in May, a slight increase from the month before, with the NBS flagging that the construction and service industries are showing signs of recovery.

Business activity in the cultural, sports and entertainment industry, however, remains low with many entertainment venues still closed amid fears of a second wave of Covid-19 infections.

Nomura analysts said in a report this week that “with economic growth in the major economies of Europe and the Americas set to drop by around 15 percent year-on-year in the second quarter, China’s exports seem poised to fall”.

They added that even with exports of coronavirus-related medical supplies providing a boost in recent weeks, this is not likely to offset external challenges.

It is also likely to be “unsustainable” as new cases peak and more countries ramp up their own production of goods, they said.

Ms Iris Pang, ING chief economist for Greater China, told Agence France-Presse (AFP) that the above-50 figure in May suggested that “there was some domestic demand pick-up” compensating for weak markets overseas.

But she flagged challenges ahead, saying there would be a potential trickle-down effect on spending and local demand if job losses grew and domestic sectors could not provide sufficient work for people laid off.

Policymakers have long sought to wean China off cheap exports and government spending in favour of domestic consumption, although it is unclear if this will yield results.

US imposes sanctions on UAE, South African and Chinese companies for dealing with Iran 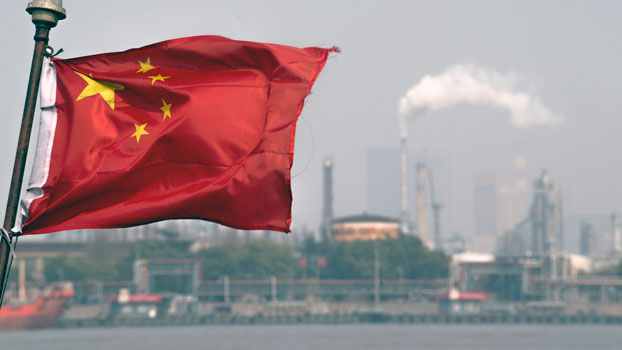