Oil companies will this year increase their investments in offshore drilling for the first time after five years of spending cuts as optimism for this segment of the industry returns and the spotlight shifts away from shale.

Bloomberg quotes industry executives attending the Scotia Howard Weil Energy Conference in Louisiana this week as saying the recovery in offshore drilling was already underway and not somewhere in the future. A big part of the reason is that offshore drilling in some parts of the world is now cheaper than drilling in the Permian.

Hess Corp’s chief executive John Hess must have raised some shale-loving eyebrows at the conference when he compared the production costs of the Permian and its own Liza project offshore Guyana. To pump the equivalent of 120,000 bpd, Hess said, you’d need to spend US$12.8 billion in the Permian versus US$3.7 billion in Guyana. While this stark difference is not universal across offshore prospects and fields, it certainly gives investors some food for thought.

The offshore recovery is a sign of returning optimism for the long-term prospects of the industry as well. What fueled the first shale revolution was the fact that oil began flowing so much faster from fracked wells as compared with offshore ones: months versus years. Yet fracked wells also have shorter productive lives than offshore wells, and now investors seem to be beginning to remember this.

Interestingly enough, it’s not just untapped prospects that are drawing attention. The Gulf of Mexico—and the North Sea as well—are also places of interest for oil and gas companies.

“Investors are thinking about being basin-agnostic again, and that at least gives us the opportunity to reintroduce the Gulf of Mexico,” the chief executive of Talos Energy told Bloomberg on the sidelines of the event. “It’s allowing investors to just rethink under a new lens how they view offshore, and we have to take advantage of that opportunity.”

Meanwhile, shale operators are tightening the strings of their purses again, with the few notable exceptions being Big Oil majors. Pressured by investors to bring in higher returns rather than more barrels of crude, independents are reducing their exploration spending in the shale patch. As a result, related projects are being shelved.

This seems like a sharp change of pace in the shale patch after months of complaints about a shortage of pipeline capacity amid growing production and forecasts that this production growth will continue. Apparently, the forecasts did not take into account shareholder priorities, which are invariably topped by returns.

With the shale space already crowded and not as cheap as it was once, it makes sense that oil companies are looking offshore especially as the number of tenders in that space picks up as well and there are more opportunities to choose from. This pick-up in oil tenders for offshore deposits is evident across the globe, in legacy areas such as the Gulf Coast and Brazil but also in oil and gas hopefuls such as Guyana, which is turning into a hot spot as Hess and its partner in the Stabroek block make discovery after discovery. Offshore drilling is definitely coming out of the shadows of spending cuts. 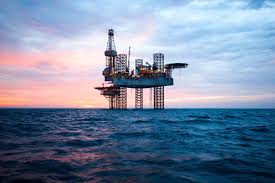