Saudi Arabia put a valuation on state-owned oil giant Aramco of between $1.6 trillion and $1.71 trillion, well below the $2 trillion target sought by Crown Prince Mohammed bin Salman since he first mooted an initial public offering in 2016.

Aramco will sell just 1.5% of its shares on the the local stock exchange, the Tadawul, somewhat less than expected. At the lower end of the price range, the offer would fall short of a record, coming in just below the $25 billion raised Alibaba Group Holding Ltd.’s in 2014.

While the target valuation will make Aramco the world’s biggest public company by some distance, overtaking Apple Inc., the plans are a long way from Prince Mohammed’s initial aims: a local and international listing to raise as much as $100 billion for the kingdom’s sovereign wealth fund.

In a sign Aramco will rely heavily on local investors after receiving a tepid response from international money managers, the shares won’t be marketed in the U.S. and Canada as originally planned. Japan’s also off the list.

Aramco CEO Amin Nasser kicked off the IPO’s final phase at a presentation for hundreds of local fund managers in Riyadh. The roadshow is expected to move on to Europe this week.

Nasser called it “a historic day for Saudi Aramco, for Tadawul and the kingdom of Saudi Arabia,” he said. “We are excited about the transition to being a listed company.”

The final version of the prospectus didn’t identify any cornerstone investors, though the company is still in talks with Middle Eastern, Chinese and Russian funds.

Aramco will need to lean heavily on local wealthy families, some of whom had members detained in Riyadh’s Ritz-Carlton hotel during a so-called corruption crackdown in 2017, to get the job done.

Foreign investors had always been skeptical of the $2 trillion target and recently suggested they would be interested at a valuation below $1.5 trillion. That would offer a return on their investment close to other leading oil and gas companies like Exxon Mobil Corp. and Royal Dutch Shell Plc.

Saudi Arabia has been pulling out all the stops to ensure the IPO is a success to a skeptical audience. It’s cut the tax rate for Aramco three times, promised the world’s largest dividend and offered bonus shares for retail investors who keep hold of the stock.

“Aramco’s price range takes into account some uncertainties that weren’t fully absorbed when the IPO was first floated,” such as governance, said Jaafar Altaie, managing director of Abu Dhabi-based consultant Manaar Group. “The lower range reflects uncertainties. It takes into account issues of supply that are very fluid, and demand that doesn’t look so good now.”

World’s Biggest IPO? Aramco has also faced the challenge of the strengthening global movement against climate change that’s targeted the world’s largest oil and gas companies. Many foreign investors are concerned the shift away from the internal combustion engine — a technology that drove a century of steadily rising fossil fuel demand — means consumption of oil will peak in the next two decades.

Speaking in Riyadh on Sunday, Nasser acknowledged the prospect of peak demand, but argued that with the lowest production costs in the industry, Aramco would be able to win market share from less efficient producers.

The Aramco IPO is a pillar of Prince Mohammed’s much-hyped Vision 2030 plan to change the social and economic fabric of the kingdom and attract foreign investment. The prince, who rules Saudi Arabia day-to-day, is trying to recover his reformist credentials after his global reputation was damaged by the 2018 assassination of government critic Jamal Khashoggi in the kingdom’s Istanbul consulate.

Proceeds from the IPO will be transferred to the Public Investment Fund, which has been making a number of bold investments, plowing $45 billion into SoftBank Corp.’s Vision Fund, taking a $3.5 billion stake in Uber Technologies Inc. and planning a $500 billion futuristic city. 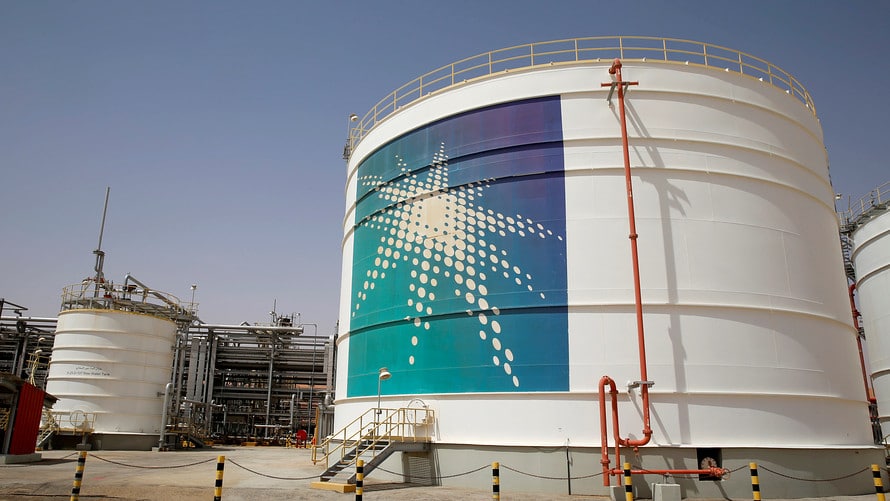