The American Petroleum Institute (API) has estimated a large crude oil inventory draw of 5.92 million barrels for the week ending September 26—a surprise compared to analyst expectations of a 1.567-million-barrel build.

Last week saw a surprise build in crude oil inventories of 1.38 million barrels, according to API data. The EIA estimated that week that there was larger inventory build of 2.4 million barrels.

After today’s inventory move, the net draw for the year is 29.85 million barrels for the 40-week reporting period so far, using API data.

Oil prices were trading slightly up on Tuesday prior to the data release, with prices leveling out after the market upset in the wake of the attacks on Saudi oil infrastructure that took 5.7 million bpd of crude production offline. Saudi Aramco’s production has reportedly returned to normal levels just two weeks after the attacks.

The API this week reported a build of 2.133 million barrels of gasoline for week ending September 26. Analysts predicted a build in gasoline inventories of 449,000 barrels for the week.

Distillate inventories fell by 1.741 million barrels for the week, while inventories at Cushing rose by 373,000 barrels.

US crude oil production as estimated by the Energy Information Administration showed that production for the week ending September 20 resumed its all-time high of 12.5 million bpd, after slipping to 12.4 million bpd in the three weeks prior. 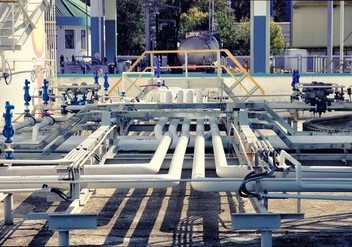