Africa’s second-biggest oil producer looks to benefit from a surge in crude prices that could boost companies’ appetite for investments with an auction of nine blocks this year and seeking new refineries.

The tenders for the offshore areas are part of efforts to lure back global explorers that cut spending after crude crashed in 2014, driving down output in the oil-dependent nation. The nine blocks are located in the Namibe basin, Angolan Oil Minister Diamantino Azevedo said, and are part of 55 that local newspaper Expansao has reported are expected to go under the hammer through 2025.

The government is offering tax concessions for companies developing smaller fields, is cutting bureaucracy and selling parts of state-owned oil company Sonangol EP to attract foreign companies. Some of the efforts are bearing fruit as French major Total SA and Italy’s Eni SpA began pumping from new areas in the past year and other blocks are set to start or resume this year, Azevedo said.

“International oil companies are carrying out efforts to increase oil production,” Azevedo said in an emailed response to questions. “They’ve invested in the recovery of active fields and in the development of new exploration and production projects.”

Angola’s output has declined in recent years due to lower investments in new projects and as aging fields deplete. The drop has put a strain on an economy that depends on oil for more than 90% of its exports. President Joao Lourenco, who came to power in 2017, is trying to revive finances by attracting foreign investment, tackling corruption and selling assets.

Angola’s crude output is forecast to fall to 1.434 MMbpd this year from 1.479 MMbpd last year, Azevedo said. That compares with about 1.9 million in 2010, when it competed neck-and-neck with Nigeria as Africa’s biggest producer, according to data compiled by Bloomberg. The country will host an oil and gas conference in the capital Luanda on June 4-6 to promote investments.

As part of the reforms in the oil industry, the government has transferred the role of concessionaire of oil and gas blocks from Sonangol to the new National Agency for Petroleum, Gas and Biofuels. Sonangol, long the main engine of Angola’s oil-focused economy, is also selling companies and assets outside its core business to focus on oil, according to Azevedo.

He didn’t say what assets Sonangol was planning to offload. Besides owning stakes in Angolan oil blocks, the state-run company has shares in several local banks and a 25% stake in Unitel SA, the country’s biggest telecommunications firm. It also holds indirect stake in Portuguese oil company Galp Energia SGPS SA and an interest in Banco Comercial Portugues SA.

“During a first phase, 52 companies and two assets were marked to be sold,” said Azevedo. The process is expected to take about three years, he said.

The government is also looking to cut Angola’s dependence on fuel imports by revamping the country’s only refinery in Luanda, which accounts for about 20% of the country’s needs, the minister said. It’s also resurrecting plans to construct a 200,000 barrel-a-day refinery in the coastal city of Lobito and build a new 60,000-barrels-a-day plant in the northern enclave of Cabinda, he said.

Angola is part of the Organization of Petroleum Exporting Countries and its allies’ program of curbing oil production in an effort to boost prices. Benchmark Brent crude prices have surged almost 40% this year, and the country has “benefited from higher oil prices,” Azevedo said. Gross domestic product is forecast to expand 2.2 percent this year after contracting an estimated 0.8% in 2018, Fitch Solutions said on Jan. 15.

The increase in prices have been tempered by the ongoing China-U.S. trade war, the outcome of which and its impact on demand will determine the direction oil takes in the months ahead, Azevedo said.

“If China maintains its energy production and consumption levels this may lead to rising oil prices,” he said. “If the conflict between the two states causes energy consumption in China to retract, oil prices may stabilize or fall.”

Oil Price War: These countries have the most firepower 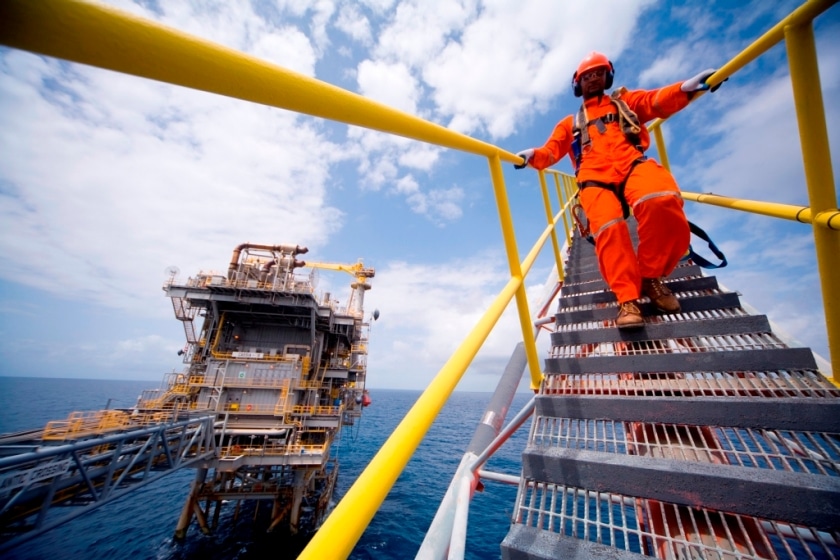